LED: You recently played down in San Diego as ‘Special Guest’ at Voyeur. What was the reaction like from the crowd when you stepped up to the DJ booth?
Dirty South: Reaction was incredible that night. I remember doing one little cheeky tweet that there was a chance i might be in town that night, and San Diegans are pretty clever, they figured it out and it was a crazy packed night at Voyeur which happens to be one of my favorite clubs to play in.

LED: You played at the inaugural LED Anniversary show last year. How excited are you to return to San Diego and play for these fans alongside a huge lineup of your peers?
DS: LED puts on great events and I'm always super happy to be part of their shows. Last year was an incredible event and I really miss playing in San Diego. I need to get my ass over there more often. 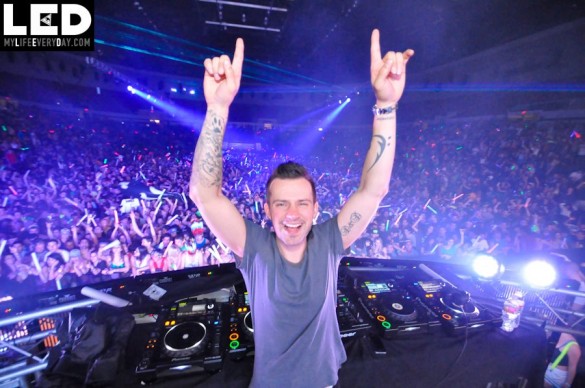 LED: Do you have a favorite memory from a past show in San Diego?
DS: Yes I do, and it involves the owner of LED, but I can't share it with you for technical and legal reasons 🙂

LED: The term Dirty South has a huge connotation with the Rap/Hip-Hop community. If you could be a rapper, which one would you be and why?
DS: Probably a less-angry version of Eminem. He's always mad about something.

LED: What does the phrase ‘Tramps Like Us’ mean to you?
DS: I think it's super simple. It means having fun and not giving a shit!

Don’t miss DIRTY SOUTH at Tramps Like Us on Saturday, August 31st!